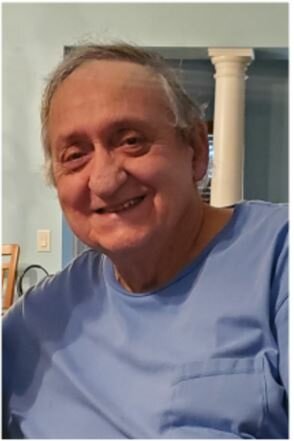 Joe (AKA, Brother, Uncle Joey, Dad, Poppa, Tio José, Mr. Joe), was born in Fall River, Mass. on September 16, 1944.  He was the youngest of 5 children.  He attended Sacred Heart Grammar School, then served in the United States Air Force right out of Coyle high school.  The Air Force sent him to Yale to learn Chinese, and they even sent him to The Philippines.  After leaving the Air Force, he enrolled in Bristol Community College and then got his Bachelor of Arts at UMass at Amherst.  Upon leaving UMass in 1970, he continued to serve his country for 30 years as an Intelligence Communicator for the United States Department of State, which took him, his wife Carol and son Christopher, around the globe to live in Morocco, Sudan, Italy, and Bahrain allowing opportunities to visit England, France, Portugal, Spain, Austria, Switzerland, Germany, Italy, The Vatican, Saudi Arabia, Kuwait, Sudan, Kenya, Zambia, Egypt, Japan, Thailand, Hong Kong, and Canada.

He loved words – etymology, puns, plays on words, and was a self-proclaimed Officer for the Grammar Police!
An avid fan of crossword puzzles, he often times would do as many as 3 or 4 a day, and even created some of his own.
His love of words contributed to his natural ability to learn languages.  In his lifetime, he had learned to speak enough-to-get-by in English, Tagalog, Mandarin, Arabic, Spanish, and French with a smidge of Portuguese (his heritage).
He loved to write – Trip Reports, end-of-year Christmas letters, long-winded emails, poems, etc. and he ALWAYS made sure you got a birthday card with a label he made himself on the computer.
Story and joke telling came naturally to him as well, from the most innocent ones for toddlers, to the adult ones that should only be told in private.
Nightly, he would test his incredible wealth of knowledge by watching Jeopardy (and he was REALLY good!), and then try to guess what color dress Vanna White was wearing on Wheel of Fortune.
He'd often share his knowledge of things and random facts, and gave the most excellent tours of wherever he was living at the time.
The Boston Red Sox were always his favorite baseball team, and although he lost interest in the NFL (Patriots and Redskins), he blossomed a passion for college football (Florida Gators and Alabama) - “ROLL TIDE!”
His cooking and grilling skills were excellent, and his recipes were always sought after.
He thoroughly enjoyed fishing and taught many family members, and even friends, how to fish and the trick of singing “Oh Susanna Bite My Banana” to get the fish to bite.
However, Joe’s greatest pleasure was spending time with family. He loved his immediate and extended families immensely and leaves behind so many beautiful memories, traditions, and silly sayings for them to carry on to their families.

The family will be laying his ashes in the waters of the Marco River, in Marco Island, Florida, where he vacationed at least one week a year since retiring in 1999.

A Celebration of Life will be held on Sunday, July 24 from 3pm to 6pm at El Santiago Recreation Center (2375 Enrique Drive) in The Villages, Florida.  Food and refreshments will be served.  He hated wearing hard shoes, dress pants, button-up shirts and ties, therefore the attire for the Celebration of Life is Florida Casual.
Please advise if you will be attending by emailing: remembering_joe@yahoo.com

For those unable to attend, but still wishing to be included, please email any stories, anecdotes, memories, jokes (he loved a good joke), etc. to: remembering_joe@yahoo.com

To send flowers to the family or plant a tree in memory of Joseph Correira, please visit Tribute Store

Share Your Memory of
Joseph
Upload Your Memory View All Memories
Be the first to upload a memory!
Share A Memory
Send Flowers