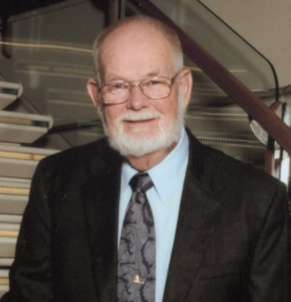 Philip L. Harding, of The Villages, Florida went to meet his savior on Friday, April 30, 2021. He was 85. He was born in 1935 to the late Florence and Lloyd Harding in Medford, MA and raised in Lexington, MA. He joined the United States Air Force in 1953. Philip served in Alaska, the Arctic, and then 2 years at Hamilton Air Base in California, where he met his wife Judy. They spent the next 48 years together living in Massachusetts before retiring to The Villages.

He was a man of kindness and humor and will be sorely missed by Judy, his wife of 61 years. He was a loving father to his 2 children Linda Score (Alister) and Paul Harding (Gale). He is also survived by his 4 grandchildren, Heather, Rachel (Tyler), Mia, and Camden. He also leaves 4 great grandchildren, Jaden, Kayleigh, Alexia, and Natalie.

He was preceded in death by his parents, sister Edith, and brother Robert.

Services will be private.

Online sentiments can be shared at hiers-baxley.com.

To send flowers to the family or plant a tree in memory of Philip Harding, please visit Tribute Store

Share Your Memory of
Philip
Upload Your Memory View All Memories
Be the first to upload a memory!
Share A Memory
Send Flowers