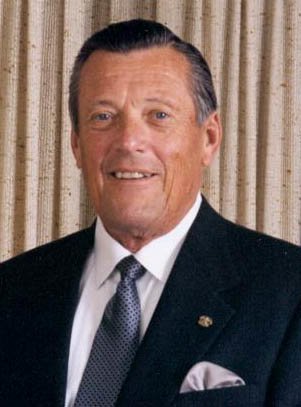 Command Sergeant Major (Retired) Roger W. Putnam, 88, passed away on July 21, 2020 surrounded by family and friends at his home in Ocala, Florida. He was born August 9, 1931 in Royal Oak, Michigan to William and Ruth Putnam.

Roger W. Putnam served his country with distinction.  He originally entered the Air Force in 1949 and served until his discharge in 1952.  He spent his nine-year break in service with the Detroit Police Department, then reenlisted in the Army in 1961, where his career took him through the enlisted ranks to Command Sergeant Major. CSM Putnam retired from the Army in August 1985. He is a Veteran of the Korean Conflict and the Vietnam War. While in the military he also served in Japan, Ethiopia, and Germany, in addition to several stateside assignments.  He was awarded the Silver Star for gallantry in action, Legion of Merit with Oak Leaf Cluster, Bronze Star with Oak Leaf Cluster, Meritorious Service Medal with Oak Leaf Cluster, Air Medal with Numeral 5, Joint Service Commendation Medal, Army Commendation Medal with three Oak Leaf Clusters, Army Achievement Medal, Good Conduct Medal, Vietnamese Cross of Gallantry (Personal Award), and Master Aircraft Crewman Badge.  He also proudly wore numerous campaign and unit awards.

After his retirement from the U.S. Army, Putnam served as Vice-President, Fort Rucker National Bank and ultimately retired as President and CEO of the Noncommissioned Officers’ Association.  He enjoyed travelling and visiting with friends.

Burial with full honors will be in Arlington National Cemetery at a date to be determined, followed by a celebration of his life with friends and family.

In lieu of flowers, donations can be made to The Salvation Army, St. Jude Children’s Hospital, or any Veterans’ Organization or charity of choice.

To send flowers to the family or plant a tree in memory of Roger Putnam, please visit Tribute Store

Share Your Memory of
Roger
Upload Your Memory View All Memories
Be the first to upload a memory!
Share A Memory
Send Flowers