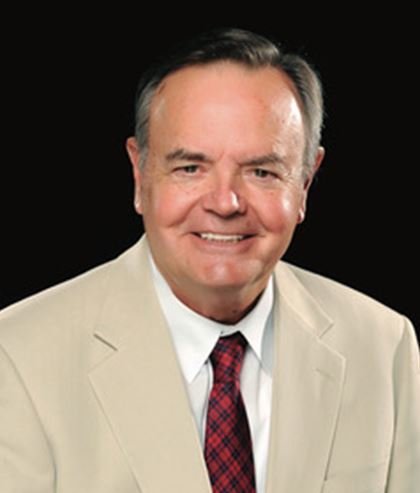 Born in Brooklyn, Dan was raised in Bellmore and graduated from Mepham High School.  He served in the US Air Force during Vietnam.

As AMAC’s CEO, he spearheaded efforts to reduce the cost of healthcare and financially stabilize Social Security for future generations. Dan’s determination to protect this benefit lead him to create the Social Security guarantee, a plan to make the greatest structural changes necessary for reform.

Formed in 2007, today AMAC boasts more than 2 million members. His love of God and a vision of a better America motivated him to advocate for seniors who deserve strong representation. This led to the formation of AMAC Action in order to preserve our constitutional liberties and values.

A true American patriot, Dan’s vision and “get things done’ attitude paved the way for the introduction of HR 856, the Physician Pro Bono Care Act; a bill designed to increase access to quality medical care for poor families and individuals while reducing Medicaid expenditures.

Dan’s wise and steady commitment to helping others also resulted in the formation of The AMAC Foundation whose mission is to educate and enrich the lives of America's seniors. To his family and to those who knew him, perhaps Dan’s greatest ambition was his love of God. A humble man who touched the lives of everyone he met, Dan can be remembered by one of his favorite quotes from the Prayer of Assisi: ‘Lord, make me an instrument of thy peace’ and of Proverbs, “let another person praise you, and not your own mouth; a stranger, and not your own lips” (Proverbs 27:2)

Friends and relatives will gather for memorial visitation on Friday, February 14th, 2-4:30 & 7-9:30 p.m. at Raynor & D’Andrea Funeral Home in West Sayville.  A Funeral Mass will be celebrated on Saturday, February 15th at 11:15 a.m. at St. Lawrence RC Church in Sayville.

In lieu of flowers, memorial contributions may be made in Mr. Weber’s memory to, The AMAC Foundation, 312 Teague Trail, Lady Lake, Florida 32159. The AMAC Foundation is a 501(c)(3) not-for-profit organization dedicated to enriching the lives of America’s seniors, and all donations are tax-deductible.

To send flowers to the family or plant a tree in memory of Daniel Weber, please visit Tribute Store

In lieu of flowers, memorial contributions may be made to

The AMAC Foundation,312 Teague Trail, Lady Lake, Florida 32159. The AMAC Foundation is a 501(c)(3) not-for-profit organization dedicated to enriching the lives of America’s seniors, and all donations are tax-deductible.

Share Your Memory of
Daniel
Upload Your Memory View All Memories
Be the first to upload a memory!
Share A Memory
Send Flowers